by My Sixth Shadow 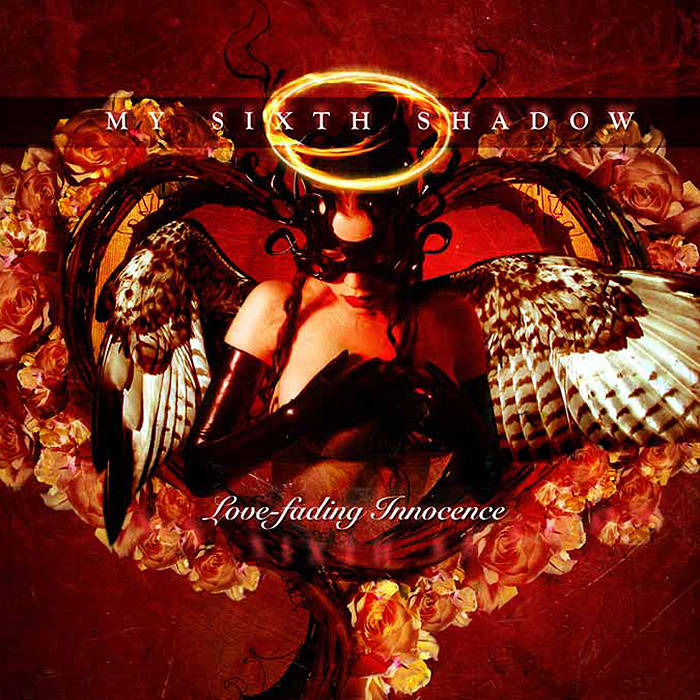 After an intense song writing period from spring until winter of 2003, the songs selected for the real debut album were ready in demo version. Only one track of the old set was included in the new album track list (Shadows In My Love). In the meantime Victor founded a new band, Dope Stars Inc. (Industrial/ Ebm/ Metal), together with the Grace Khold that designed the 10 Steps 2 Your Heart artwork. The “Love-fading Innocence” recordings started in January 2004 at the Subsound Records studios. The pre-master was ready in April 2004.

The ultimate sound of the band was achieved: An incredible mix of deathrock, darkwave, obscure sounds, mixed with modern shaped heavy metal influences, electro sounds and gothic/punk attitude. It was as though Bauhaus, Christian Death, Metallica, My Dying Bride, Paradise Lost, Depeche Mode and In Flames working together developing a new style. You can’t describe fully, with few words, such a wide mix of influences. You can just let My Sixth Shadow surround you and feel the passion behind it.

The widely scattered 6th shadow that every human being drops toward the senseless universe reflecting its lonely condition. Like grains of white sand, tightly lying on a desert land. Try to behold your existence. The masks you wear everyday.
The motley-pretending way of appearing that you are so used to. You are just the shadow cast by the real one you keep trapped inside your soul. ... more

Bandcamp Daily  your guide to the world of Bandcamp

New sounds from Mavi, Ivy Sole & Moderator, plus AJ, the One joins the show, for her latest release